DDJ Capital Management recently recorded an audio market update with firm founder, Portfolio Manager and CIO David Breazzano to discuss the extreme volatility and liquidity challenges in the high yield market. A question was asked about where the team is currently finding strong risk-adjusted investment opportunities.

Interested in listening to the full market update audiocast, which includes information on the liquidity crunch now facing many high yield issuers, as well as opportunities that are being created?

Prefer to read his response?  View below:

However, the process of issuers getting downgraded distorts the complexion of the high yield market because it will introduce new, often very large issuers into the space that will disturb the historical weightings of industry sectors. Occidental Petroleum is a good example. But there are many other BBB-rated oil and gas companies that were on the cusp; we expect more of these energy companies to spill into high yield such that the high yield universe could become distorted and be heavily weighted towards the energy sector, which isn't necessarily ideal to have our market distorted with one sector being so overweight relative to others. It disturbs the broader diversification that might have existed prior to that distortion.

So we have to be careful with that. Also, it will change certain statistics that can cosmetically create technical factors. For example, you could see a number of BBBs getting downgraded. These fallen angels come into our market, and because they come in at the BB level, and once they are digested by the market and the yield trades back, the bonds trade back to a more normal level so that they're at a lower yield than when they first entered the market. It could show that high yield spreads are now tighter than they might otherwise be, because now the high yield market becomes more heavily BB oriented with these fallen angels.

So others that look at the market from afar and look at it for technical or tactical reasons would say “oh, high yield spreads appear to be narrowing.” So the high yield market isn't as attractive as it once was because today, high yield spreads are in excess of a 1000 basis points, which is a very attractive spread level by historical standards. And every time the high yield market has yielded over a 1000 basis points, the future returns to the market have been very, very attractive.

Well, if you have a flood of BBs being created in the high yield universe, the average spread could decline, say from 1000 basis points and people would say “oh, high yield is rallying and it's less attractive.” When in reality, the original corpus of the high yield market is still the same or even more attractive – it just got distorted by these fallen angels changing the statistics. And one has to be careful and understand what's driving these broader statistics because on an issuer-by-issuer basis, that's where the money will be made. And the index, because it will be adjusted to incorporate these new fallen angels, might not tell the true story of what's actually going on.

So people from afar would look at it and say, “oh, the high yield spread declined, it must have rallied.” When in fact, nothing happened other than General Motors went bankrupt and its bonds were eliminated from the index, which is actually not a good thing. But if you looked at it from afar, you would have thought something good happened in the high yield market, when the reality was it didn't. So the same thing is happening with these fallen angels coming into the high yield market. They could convey a story that isn't quite accurate.  So that's why one has to really look at the underlying issuers and not the aggregate statistics.” 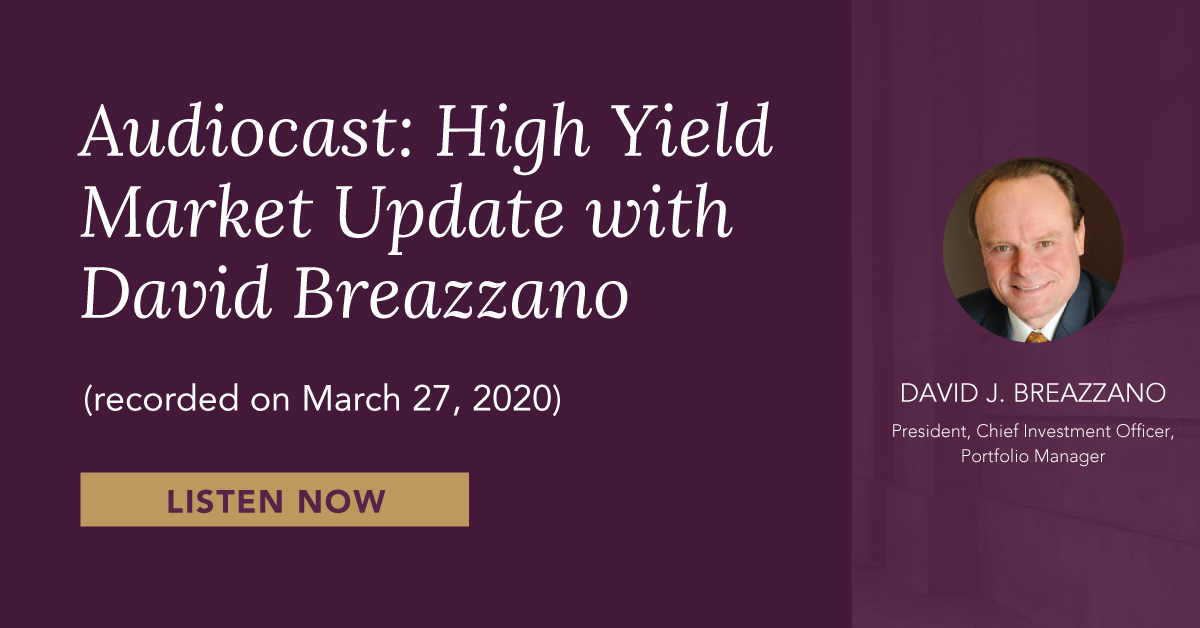