When many investors hear terms like “default” or “bankruptcy”, negativity and losses probably come to mind, and for good reason. Over the past 25 years, on average, when a high yield bond has defaulted, investors lost almost 60 cents on every dollar invested.1

However, the range of the actual value recovered can vary widely. In simple terms, with a 25-year average loss rate of around 60%, the value recovered averages around 40%. But this figure represents a mean average, one in which outliers can have a big impact. As such, depending on the specific facts and circumstances, there are certain bonds that end up recovering almost nothing and others that may recover 90 or even 100 cents on the dollar, to arrive at the 25-year average of 40%.

Clearly, there are investors that pursue strategies focused on capturing value amongst defaulted (i.e., “non-performing”) or near-default securities. However, with the right acumen, investors that target performing non-investment grade corporate debt that is affected by a default can also, in some cases, minimize their losses and even generate attractive returns by holding a defaulted position over a longer time horizon rather than seeking to monetize in the short-term. Doing so, however, requires skills and knowledge that may be somewhat foreign to investors that target performing debt instruments.

Like any specialized investment strategy, investing in securities that have a higher risk of a default and an ensuing restructuring has its own lexicon. This blog series is meant to touch upon a number of such terms in a context to provide some clarity on a complicated topic. While DDJ’s strategies are focused on investing in performing debt instruments, market and business conditions change over the life of an investment, and we know well that compelling investment opportunities can arise from these types of challenging circumstances.

We will be touching on four main areas: the first three organized in a sequential fashion, mimicking a distressed situation unfolding, with the final piece touching upon a few concepts relating to a creditor’s preliminary analysis of its position in a potential workout scenario.

When a Default Appears Imminent

The following terms are particularly relevant to the period of time leading up to and including a default. Many other terms presented in subsequent sections of this blog series build off of some of these “basics”:

Default: there are two main categories of defaults, “covenant/technical” and “payment”.

Depending on the underlying reason for a covenant/technical default, these defaults can often be “cured” through negotiations among the issuer and its creditors. In certain circumstances, creditors will negotiate for a fee to allow the issuer sufficient time to repair whatever event triggered the default (or, in some cases, to waive the default altogether without a requirement by the issuer to cure). In the example above, perhaps the monthly reports were delayed because of an inventory-count software issue, which the issuer is able to remedy within an agreed-upon amount of time in exchange for a modest fee that is paid to the creditors for their consent to such extension of time. In other instances, however, a covenant/technical default can serve as a more serious harbinger of material problems still to unfold at the issuer. One example would be a breach of an agreed-upon financial covenant, thereby signaling a weakening of the issuer’s financial condition and a possible payment default in the future.

Payment defaults often reflect significant creditworthiness concerns and may result in the creditors desiring to swiftly enforce remedies for payment against the issuer.

Certain defaults (including most covenant/technical defaults and often payment defaults related to interest or fees) usually include a “grace” or “cure” period, which is our next important term.

Grace/Cure Period: a period of time following a default in which an issuer is contractually permitted to either make a scheduled payment without incurring any penalty, or to repair the condition that caused a technical default, as applicable; until that time period has run, the “default” will not mature into an “event of default” under the applicable credit documentation (thereby enabling the creditors to begin to enforce remedies). For example, most high yield bond indentures permit the issuer thirty days to cure a failure to pay interest when due. Oftentimes, an issuer will utilize the grace/cure period to negotiate new terms and conditions (which may also be accompanied by a fee or an increased coupon) with their creditors. However, if the grace/cure period expires and the default remains uncured, creditors may organize and collectively agree to enforce certain remedies against the issuer, including the ability to accelerate the maturity of the debt. Alternatively, pending resolution of the underlying issue, creditors may agree to hold off on taking such actions (“forbear”) in order to continue negotiations with the issuer, or otherwise to make the necessary preparations for a prearranged Chapter 11 bankruptcy filing.

Acceleration: a right held by creditors to declare that the debt that they are owed is immediately due and payable. This is an option available to creditors only upon the occurrence of a default that has matured into an event of default, and is not an enforcement tool that creditors use lightly, as it usually precipitates a bankruptcy filing. Accordingly, the threat of acceleration is powerful, and typically the debtor’s management and equity holders are strongly incentivized to conduct discussions with its creditors to avoid such an outcome.

Debt Class: a group of creditors that hold debt with similar debt characteristics, such as the same priority lien (security interest) in the assets of an issuer, or creditors holding claims that are otherwise treated as part of a certain debt class according to bankruptcy laws, such as employee claims for wages or trade claims (which are both treated as unsecured debt claims).

Exhibit 1 sets forth a multi-tiered capital structure with several tranches of debt. While each of the first three tranches represents a debt class, each debt instrument noted above may not be the only member of its class. For example, an unfunded pension liability would effectively increase the size of the unsecured class, which also includes an unsecured note issued by the company as set forth above. Because the interests of different debt classes often conflict, creditors of each class usually make an effort to work in concert to leverage their collective strength.

In the next edition of this blog series, we will be touching on what happens once a default occurs. Be sure to subscribe to our blog to be notified when we release future editions.

NOTE: This blog is an excerpt from an in-depth thought piece, “A Rosetta Stone for “Workouts”. To read the piece in full, click here. 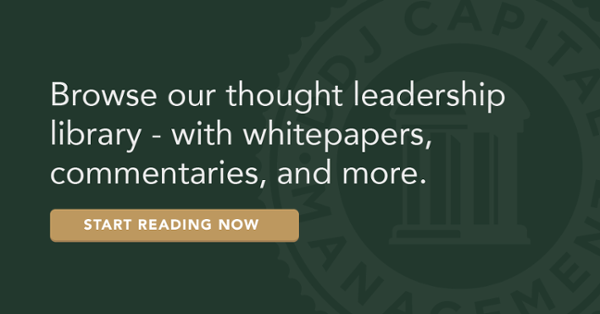 DDJ Capital Management is a privately held investment manager for institutional clients that specializes in investments within the leveraged credit markets. Since our inception in 1996, DDJ has sought to generate attractive risk-adjusted returns for our clients by adhering to a value-oriented, bottom-up, fundamental investment philosophy.  DDJ has extensive experience investing in securities issued by non-investment grade companies within the lower tier of the credit markets, including high yield bonds, bank loans and other special situation investments.