Presidential politics moved to center stage in August as both political parties hosted their respective conventions, albeit somewhat unconventionally due to the ongoing pandemic. In all likelihood, the market will increasingly focus on the upcoming U.S. presidential election, with heightened volatility occurring as a result. In addition, the fragile relationship between the U.S. and China deteriorated further in August, as President Trump, citing national security concerns, issued an executive order in an effort to either try and force the sale of the popular social media app TikTok, which is owned by a Chinese company, to an American company or otherwise require it to close its U.S. operations. Furthermore, the U.S. State Department requested that U.S. colleges and universities divest Chinese holdings in their endowment portfolios. The markets will be closely monitoring for any negative developments between the two countries that could threaten the adherence to the previously agreed-upon Phase 1 trade deal.

In early August, after the U.S. Federal Reserve (“the Fed”) in late July extended its asset purchase programs through year-end, assuring the market of its continued monetary policy support, there was some optimism that Congress could once again put its considerable partisan differences aside and agree on a fourth coronavirus fiscal stimulus bill. However, the disparities between the stimulus measures being promoted by Democrats and Republicans proved too much to overcome and Congress adjourned for its August recess with each side blaming the other for the lack of progress. However, DDJ believes that a deal will ultimately be reached on another fiscal stimulus bill in the near future as both sides generally agree that it is necessary in light of current economic conditions. The Fed further reinforced that it will likely keep interest rates lower-for-longer when it announced a change to its inflation targeting policy, essentially allowing for inflation to overshoot the Fed’s target during economic recoveries before raising rates as compared with historically raising rates in anticipation of inflation moving above its target.

Economic reports released in August support DDJ’s view that the economy continues to recover, but such recovery will not follow a smooth “V” shaped path, as headwinds remains. The biggest such headwind, in our view, is the unemployment picture and the detrimental impact that it could have on consumer spending. However, the July non-farm payroll report released in early August was above consensus forecasts as 1.76 million new jobs were added during the month, contributing to the unemployment rate declining from 11.1% to 10.2%. Other notable economic data included the IHS U.S. Composite PMI rising from 50.3 in July to 54.7 in August, an 18-month high, with both the services and manufacturing component showing strong readings. In addition, while July retail sales increased by 1.2%, they came in below consensus forecasts for growth of 2.3% .

The U.S. experienced an alarming increase in the number of new COVID-19 infections being identified daily during most of July, primarily in southern and western states. Fortunately, daily new cases and hospitalization trends improved in those regions during August; however, the number of daily deaths remained elevated as fatalities typically lag new cases by approximately two weeks. Notwithstanding these improvements in some key metrics, the absolute numbers of coronavirus infections remain high, and the country is by no means out of the woods yet, but it was encouraging to see improving numbers without large scale economic restrictions reinstated in those regions.

In this environment, during the month of August, high yield bonds generated returns of 0.98%, as measured by the ICE BofA US High Yield Index. In addition, during the month, the year-to-date performance of the high yield bond market turned positive, ending August returning 0.75% thus far in 2020. This is quite a feat considering at its year-to-date low reached on March 23rd, the high yield bond market was down -20.56%. From a quality perspective, CCC-rated bonds returned 2.23% during the month, outperforming both BB-rated and B-rated bonds, which returned 0.63% and 0.94%, respectively. This marks a continuation of outperformance by CCC-rated bonds that occurred during the last two months of the second quarter but took somewhat of a pause in July, when all quality segments generated strong returns that were essentially in-line with one another. On a year-to-date basis, BB-rated bonds, as the only quality segment in positive territory over the period, remain the clear outperformers (Chart 1).

Meanwhile, the leveraged loan market, as measured by the Credit Suisse Leveraged Loan Index, gained 1.50% during the month of August, outperforming high yield bonds after underperforming meaningfully in July. Within the leveraged loan market, similar to high yield bonds, lower-rated loans outperformed their higher-rated peers. More specifically, BB-rated, B-rated, and CCC-rated loans returned 0.68%, 1.36%, and 4.25%, respectively. Despite the strong returns during the month, the leveraged loan market remains in negative territory for the year-to-date period, returning -1.51%. In addition, all quality tiers remain in the red for the year, with B-rated loans outperforming BB-rated loans, both of which have significantly outperformed CCC-rated loans (Chart 2). Performance by seniority reveals that second lien loans outperformed first lien loans, 2.79% and 1.46%, respectively, during August. However, over the year-to- date period, first lien loans have outperformed second lien loans, with each generating a negative return of -1.48% and -2.08%, respectively. The roughly 60 basis point performance differential between first and second lien loans has closed substantially since its peak of approximately 650 basis points in early April.

Sector performance reveals that all of the sectors in the high yield bond market had positive returns for the month, led by the Transportation, Leisure, and Real Estate sectors, which returned 4.18%, 3.05%, and 2.78%, respectively. Conversely, the three worst performing sectors in the high yield bond market in August were the Consumer Goods, Utility, and Telecommunications sectors, which returned 0.21%, 0.26%, and 0.28%, respectively. The relatively strong returns leveraged loans generated during the month was broadly distributed, with all sectors producing positive returns in August. Specifically, the top three performing sectors were Aerospace, Consumer Non-Durables, and Energy, which returned 3.72%, 2.85%, and 2.61%, respectively, while the Utility, Financial, and Food & Drugs sectors were the three largest laggards, gaining 0.01%, 0.63%, and 0.76%, respectively. Additional data on year-to-date sector performance for both high yield bonds and leveraged loans can be found in the Appendix (specifically Charts 4 and 5).

In addition, after bottoming out in April, the volume of CLO issuance rose sequentially through the end of July. However, new CLO formation declined in August, which is typically a seasonally slow month for activity though undoubtedly the economic shut-downs spurred by the burgeoning pandemic contributed to this result as well. For the year-to-date period, CLO activity is trailing the total produced during the same period last year by approximately 35%. Given the significant decline in U.S. Treasury yields this year, which has contributed to a lack of supply in new leveraged loans, this level of activity in the CLO market is not surprising.

In addition to the sheer volume of high yield bond new issuance for the month, there are a number of other noteworthy developments to highlight. For example, the first two weeks of August saw the fourth and second highest weekly volume on record, respectively, with the first two weeks accounting for the vast majority of new issuance during the month. Furthermore, according to Credit Suisse, the five lowest coupon deals ever issued in the high yield market all occurred in August, including the first coupon below 3% ever issued in the high yield market by Ball Corp. The aluminum packaging company issued a $1.3 billion, 10-year bond with a 2.85% coupon; the issue was originally slated for $1 billion, but given strong demand, it was upsized. The composition of new issuance was dominated by BB-rated issues, with CCC- rated new issues almost non-existent in August.

What caused this surge in new issuance? We attribute it to a combination of a few factors. Firstly, the “cost” of issuing new debt, as represented by current yields, was near historic lows, particularly in the BB- rated segment, which experienced a 120+ basis point decline in spreads since the end of June through the first week of August. When combined with the already historically low Treasury yields, yields in the BB- rated segment came within 7 basis points of their all-time low of 4.25% reached in January and February of this year. Such low yields translated into very attractive coupons to be paid by issuers of outstanding BB-rated bonds, and when coupled with the following two concerns, incentivized issuers to issue new debt before this window closed. First, as the presidential race came into focus – and the likely market volatility and increased political risk associated with it – companies wanted to refinance and extend their maturity profile ahead of any election-related risk. Furthermore, fears began to increase amongst some market participants that a successful COVID-19 vaccine could spur a sharp selloff in U.S. Treasuries, thereby driving Treasury yields significantly higher and as a result, increase the cost of issuing high yield bonds. This possibility further motivated issuance while the conditions remained favorable.

In conclusion, the high yield bond market received confirmation from the Fed of its continued support via extended asset purchase programs and “lower for longer” interest rates, and DDJ believes that it is only a matter of when, not if, an additional round of fiscal stimulus is injected into the economy. In August, lower rated issues in both the high yield bond and leveraged loan market outperformed their higher rated peers after underperforming in July. Technical factors (e.g., inflows, new issuance) remained strong in the high yield bond market, particularly new issuance, as discussed above. However, the leveraged loan market, despite outperforming high yield bonds during the month, is still experiencing outflows and new issuance levels below what would be considered more “normalized” levels. As we approach the fourth quarter, politics are sure to dominate news flow and contribute to heightened volatility. In addition, the market as well as the general public more broadly will be closely watching for any signs that COVID-19 infections are accelerating as some students return to the classroom and the country enters the traditional flu season in the U.S. A rise in the infection rate could spark volatility that would likely be felt beyond the high yield market. If such volatility leads to higher Treasury yields (for example, due to higher inflation expectations), we believe that this outcome would have a disproportionately negative impact on BB-rated bonds (relative to the lower tier of the high yield market) as a result of their higher duration. In addition, given DDJ’s expectation for continued economic progress and improving issuer fundamentals, particularly amongst lower rated issuers, DDJ believes that the spread gap between BB and CCC-rated bonds should continue to compress, causing lower rated issuers to outperform their higher rated peers over the near- to-intermediate term. 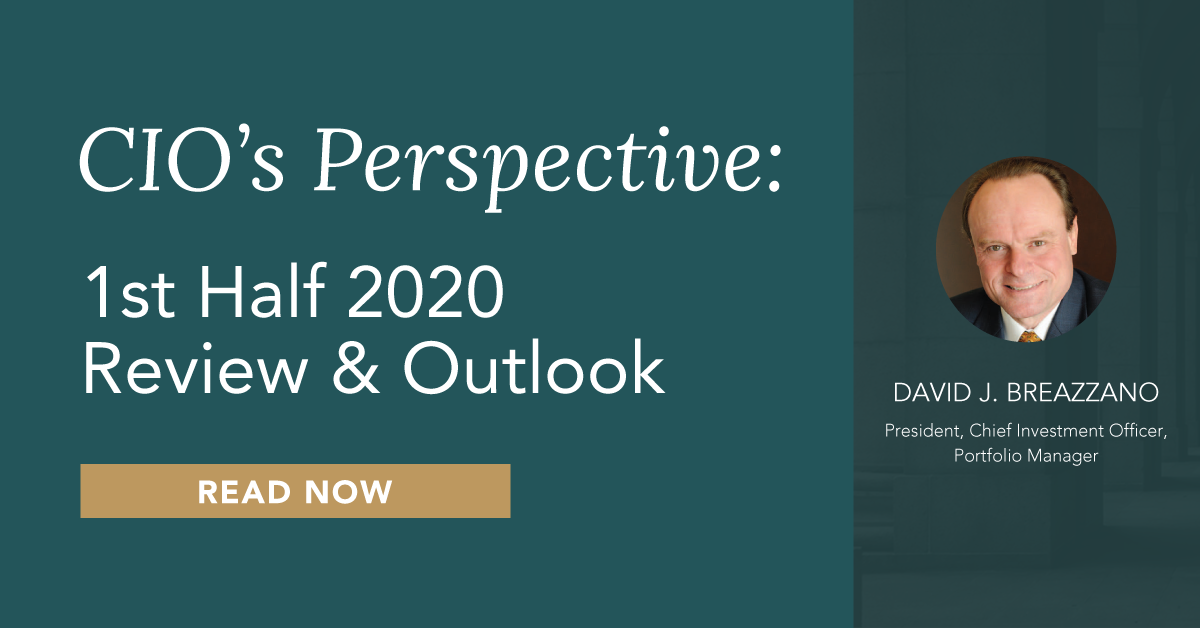